As Dr. Oz start his week dedicated to weight loss I wanted to touch on some key fat burning food items.

There are various types of CLAs found mostly in the meat and dairy products derived from ruminants, especially when they are fed grass! The conjugated refers to their double bonds being separated by a single bond between them.
Animal studies have revealed possible roles in: hindering growth of cancer cells, increase belly firmness via fat reduction.
Human studies have revealed role in fat loss specifically decreases in fat mass & increases in lean body mass.  This would lead to an increase in metabolic rate, due to lean body mass burning significantly more calories vs. fat mass.  Some studies have had nil findings with respect to fat loss. Also, other ingredients used concomitantly might have skewed some positive findings that then disappeared once appropriately controlled for.

Potential side effects of CLA supplements that have been found in research include:
Aggravation of insulin resistance at least initially.
High levels of oxidative stress, greater than that of smokers.
Redistribution of essential fatty acids including a reduction of DHA in the heart tissue which could remove protective effects of DHA on cardiac tissue.

Obviously, these risks come from supplement use.  No such observations have been made from consuming dietary sources of this compound. 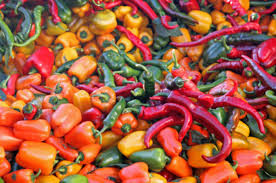 This is the active component of plants belonging to the genus Capsicum, one of the most recognizable would be the chili peppers.

This compound is an irritant to mammals (including us) producing a burning sensation in tissues it comes in contact with.

There are 6 known forms of Capsaicinoids the most common of which is Capsaicin.

They have been used for years to give “heat” (piquancy) to the flavor of food.
It has been used topically for numbing pain and personally I’ve used it in soups along with onion & garlic when I have a sore throat to soothe that!

In addition to the clear cut pain numbing effects of this compound, it might have benefits to fat burning.

Capsaicin has been shown to shift substrate oxidation from carbohydrate to fat oxidation, similar to what a low carbohydrate diet would do after the two week adaptation period.  This results in a decrease in appetite and subsequent decrease in food intake.Additionally, there is an increase in thermogenesis, increase in body temperature (“heat”), post consupmtion this has not been associated with weight loss. Increases in satiety also result from oral & gastrointestinal exposure to capsaicin.  It has more recently been suggested that ingestion of capsaicinoids increases the level of brown adipose tissue (great for fat burning) through increases in energy expenditure and oxidation.

Therefore, incorporate as much capsaicinoids into your diet regularly for optimal fat burning benefits.

I hope you find this information useful.  Please comment with any questions or topics you would like to hear more about.

Also, be sure to check out my YouTube video on fat burning foods for more ideas.

Be sure to subscribe to my YouTube channel & start learning the truth about nutrition for health & fat burning at home for free!